About The Bahamas AIDS Foundation

The Bahamas AIDS Foundation is a non-profit, non-government organization dedicated to the fight against HIV/AIDS.

Our vision is to be the premier NGO to provide education and awareness, to assist in prevention, treatment and cure and to provide support for people living with HIV/AIDS.

In 1997 Imperial Life donated property at 23 Delancey Street for the offices of the Foundation. There were three buildings on the site. Two of the buildings were renovated with funds raised by the Red Ribbon Ball. One building houses our office and a food and clothing bank. In the past our office also provided space to other NGO’s eg. the Samaritan Ministries (a lay counseling group under the auspices of the Roman Catholic Archdiocese and BNN+ (Bahamas National Network for Positive Living). The other building houses a conference/meeting room where support groups meet (the Samaritan Ministries) and a small classroom and kitchen.

The third building was demolished because it was a safety hazard.

One of the major successes of the Foundation was the provision of AZT in the 1990’s to HIV+ pregnant women which resulted in a decrease in the mother-to-child transmission from 30% to under 1%.

In keeping with our mission and vision, the Foundation took up the challenge of providing a safe, stable loving home environment for these children. In August 2006 the Board made the decision to establish a Group Home for boys using a rental facility. These boys were living in the Princess Margaret Hospital in Nassau. The Home offered four beds. A house parent lived on the premises and a Director (part time) provided oversight of the administrative activities of the Home. The objectives of the home include providing a loving family environment for children in need who have been orphaned as a result of HIV/AIDS and anonymously integrating the Home into a safe, stable neighbourhood.

In July 2007 the lease ended on the rental facility. The Foundation Board made a decision to purchase a house to become the new Children’s Home. The occupants of the Home were placed with relatives or foster parents and the Home closed.

The house was purchased with plans to renovate to add another bedroom. The original goal was to be able to re-open the Children’s Home in early 2008. Unfortunately, due to circumstances beyond our control the renovations took much longer than anticipated. In addition, the focus of the Home has also changed. The target goal for re-opening the Home then became January  2010.

The Foundation after consultation with the National HIV/AIDS Programme moved away from the concept of a residential facility. There were several reasons for this shift: one, children orphaned by HIV/AIDS no longer reside at the Princess Margaret Hospital, two, relatives are now stepping up to care for children orphaned by HIV/AIDS, three, prevailing philosophy does not support placing orphaned HIV+ children in separate residential facilities as this will further increase the stigma and four, the issue of concern at this moment is HIV+ adolescents who are not taking their medications.

As a result of the above the Foundation opened an Outreach Centre (February 2010 to the present) for adolescents infected and affected by HIV and AIDS.  To-date there are one hundred child registered in the programme. This programme targets HIV+ adolescents who are “at risk” in terms of their health (physically and psychologically) because they are not adhering to their medications. One of the goals of the Outreach Centre for HIV+ Adolescents is to empower these adolescents to accept their HIV+ status and adhere to their medications.

Over the years the AIDS Foundation has become well respected and recognized in the community as well as internationally for our work in the fight against HIV/AIDS.  We have an excellent working relationship with the Ministry of Health, The Roman Catholic Archdiocese of Nassau, Colina Insurance Co., John Bull, Zamar, Atlantis Resort, REV/Cable Bahamas, Commonwealth Brewery, Wildflowers Events and Occasions, Hands for Hunger, Errol Brown Children’s Charity, TK Foundation, and good support from corporate Bahamas.  We also have a dedicated group of 30 volunteers assisting with various programs and activities. 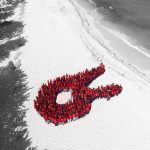 In Their Own Words – Writings from Persons Living with HIV/AIDS (PLWHA)
November 17, 2021 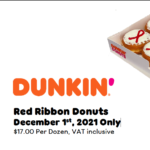 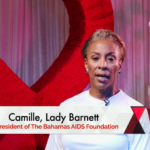 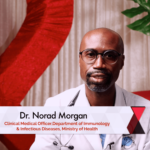 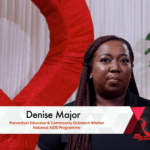